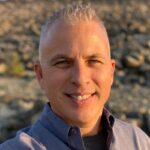 Lulius Innovation is honored to announce Brent Carlson has joined its board. Carlson was not only raised in the Bay Area, he earned his technology chops in the heart of Silicon Valley. With Lulius’s recent product successes, the company is poised for a strong demand of similar products within the commercial industry. Carlson will lend his knowledge of digital marketing, innovative Silicon Valley spirit and deep partnership expertise to our team. “Our customers demand our best, we have to surround ourselves with the best.” said Rich Ferguson, President and CTO of Lulius Innovation.

Carlson’s resume includes working with and advising some of the global leaders in technology, social media and gaming.  Carlson is currently a Senior Client Partner at social media pioneer, Reddit, managing the Microsoft global business. Carlson has 25-years of marketing strategy, planning and execution experience with Silicon Valley technology titans, including Facebook, Instagram, Yahoo and Intel. Carlson holds a Bachelor of Science degree in Journalism, Mass Communications: Advertising from San Jose State University and an MBA with Honors from St. Mary’s College of California.

Lulius Innovation was founded and is based in Reno, NV. The company currently has 8 employees and expects to double its employees by this time next year. “Nevada is a place where entrepreneurs are thriving. It’s all thanks to the support and encouragement by Local and State Government as well as the University of Nevada’s Innevation Center,” said founder and Chief Technical Officer of Lulius Innovation, Rich Ferguson. “The combination of a robust advisory board and the innovative spirit of Northern Nevada is hard to beat.”

Lulius Innovation intends to recruit more developers and innovation leaders in the near future. To see more about the company and its innovative strategy, visit www.luli.us.

VP OF BUSINESS DEVELOPMENT FOR FORTUNE 500 COMPANY JOINS BOARD OF... read more